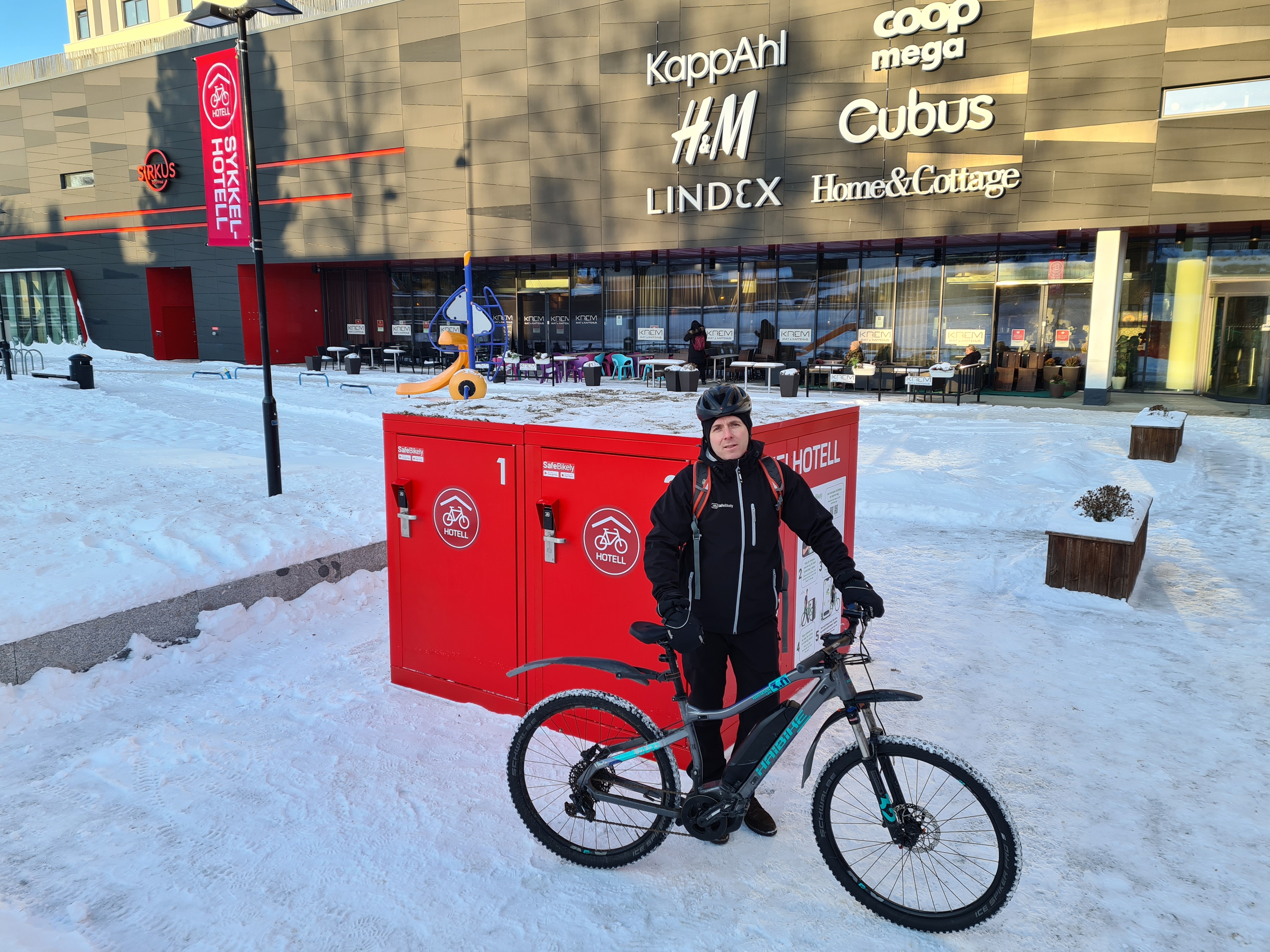 The shopping center giants City Con, Amfi and Obos are offering their customers three-year cycle parking this autumn, in keeping with the Virkekonferansen's major investment in restructuring and sustainability. Bikely offers cyclists safe and smart bicycle parking via an app and is a new and innovative solution that Kirandip Kaur iObos Eiendom has ensured that three shopping centers are deployed already this autumn. The motivation is to facilitate more cyclists visiting the centre.

-         Our customers demand safe bicycle parking and then we have to deliver, says Kaur.

With the Bikely app, cyclists can book and park their bikes safely in a dedicated bike locker. With the strong increase in the proportion of electric cyclists, Bikely can actually increase its customer base. The service is widespread in Norway, but in Oslo it is only now that the solution is available to most people.

-         We get lots of feedback from cyclists who would prefer to park in a Bike light cabinet. It is fantastic to have a joint rollout to six new locations in Oslo and Kolbotn so that far more people can choose a bicycle when shopping, says Bergh.

Thanks to the large shopping center operators and parking companies, Bikely is now available to the many cyclists in Oslo. In other Norwegian cities, both private operators and the public sector have been responsible for the offer. Since last year's launch, Bikely has established itself in twenty Norwegian municipalities and several shopping centers offer bicycle lockers to customers. Over 10,000 have downloaded the app.

-         We see that several actors want to facilitate more people getting to and from a environmentally friendly way, says marketing manager Ellen Loxley.

Autumn's grand venture in Oslo will quickly give an indication of whether safe bicycle parking will be as popular in Oslo as in Bergen, Trondheim and Tromsø. Two locations will soon become eight, and then you will meet many more cyclists. As the share of e-bikes increases, so does the problem of bicycle theft. In Oslo, 1 in 2 have experienced bicycle theft, and roughly the same number choose not to use their bicycle for the same reason. The investment can give a big boost in the use of bicycles to and from shopping centres.